Prep 5 have done some wonderful work making models of The Globe Theatre in London. 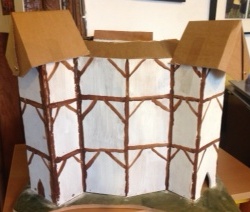 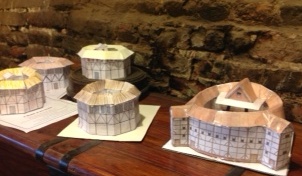 5 interesting facts about The Globe

The Globe Theatre was built in 1599 in Southwark on the south bank of London’s River Thames by Richard Burbage.

The timber for The Globe Theatre was actually reused wood from “The Theatre” – an earlier theatre owned by Richard Burbage’s father.

The Globe was built as a large, round, open air theatre. There was a roof around the circumference which covered the seating area, leaving the theatre looking like a doughnut from above.

The Globe had three stories of seating and was able to hold up to 3,000 spectators in it’s 100 foot diameter.

At the base of the stage was an area called “the pit” which held “the groundlings” – people who paid just a penny to stand and watch a performance.